In 1968, 19 (later reduced to 17) Black and Latino Brooklyn College students were arrested in their homes on charges of arson and rioting at the college. The students were detained at Rikers Island for 4 days. Though the charges were later dismissed, the incident marked a turning point for the College

The decision to investigate this period sprung from a phone conversation with a community activist who, in the course of our discussion, reflected on her years at BC during the 1960s. She recalled the discrimination she had faced in some of her classes that led her to join student protests on campus. I began searching through newspaper archives confident that the event was something I wanted to look into further. Two articles stood out through words and imagery. The first, published on May 21, 1968, focused on BC’s then-acting President, George Peck. The article offered an interesting perspective of the acting President; his perception of the student protest as “a mindless approach to the problem,” his love of Milton and Donne, his academic background, his weight, his height, the color of his hair, his apartment in Brooklyn and his country home where he spent time sawing wood. The second article (NYT May 16, 1969) lead with the photo of a young student reading Plato while students of color marched by in a mock funeral procession. I learned nothing about the student protestors’ concerns through these articles. Why did the journalist choose to mention the President’s penchant for Milton or his second home in the country? How did the journalist know that the young woman was reading Plato? Did he ask her? If so, did he attempt to talk to the students who were in the procession? Who were those marchers? What did they love to read? Where did they spend their time? 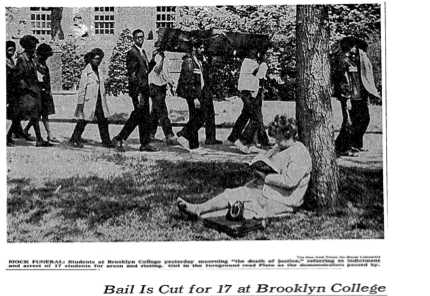 Original caption: Mock Funeral: Students at Brooklyn Collee yesterday mourning “the death of justice,” referring to indictment and arrest of 17 students for arson and rioting. Girl in the foreground read Plato as the demonstrators passed by.

Fifty-three years later I had the opportunity to interview three BC Alumni members of the Brooklyn League of African American Collegiate(BLAC) organization and the Puerto Rican Alliance (PRA) who were arrested during the 1968 protests, namely Dr. Orlando Pile, Antonio Nieves, and Dr. Askia Davis. The interview ushered in the formal beginning of the Theater for Development project “Who Set The Fires?”

Theater for Development is inspired by the pedagogy of the late educator Paulo Freire. It is one aspect of a development strategy aimed at addressing specific community concerns through a collaboration between development agencies, artists, and other interested parties. At BC we set out to investigate student activism on the campus. As the work unfolded we gained insight into what seemed to have evaded the media of the sixties, the humanity of the protestors. We learned about the students who were active in the pursuit of fairer representation on the campus. Antonio Nieves eagerly shared over three hundred photos that documented the period of activism and sat for an interview with Temar France, a member of our team.“….Tony did such a brilliant job of documenting what happened at the time,” Temar observed. She continued, “The photos really do give you a window into what was happening and to just the simplicity of the fact that this was the work of artists and organizers and people who cared about each other people who are in community with each other. And that that was a threat to the government? That they were scary enough to be infiltrated? It just shows you the power that happens when you are a collective and when you work together and when it is something that’s centered around your education.” Along with interviews, students have added to the archives of the 60’s protests and devised an interactive video game focused on the anatomy of student activism.

The project will continue in Fall 2021. 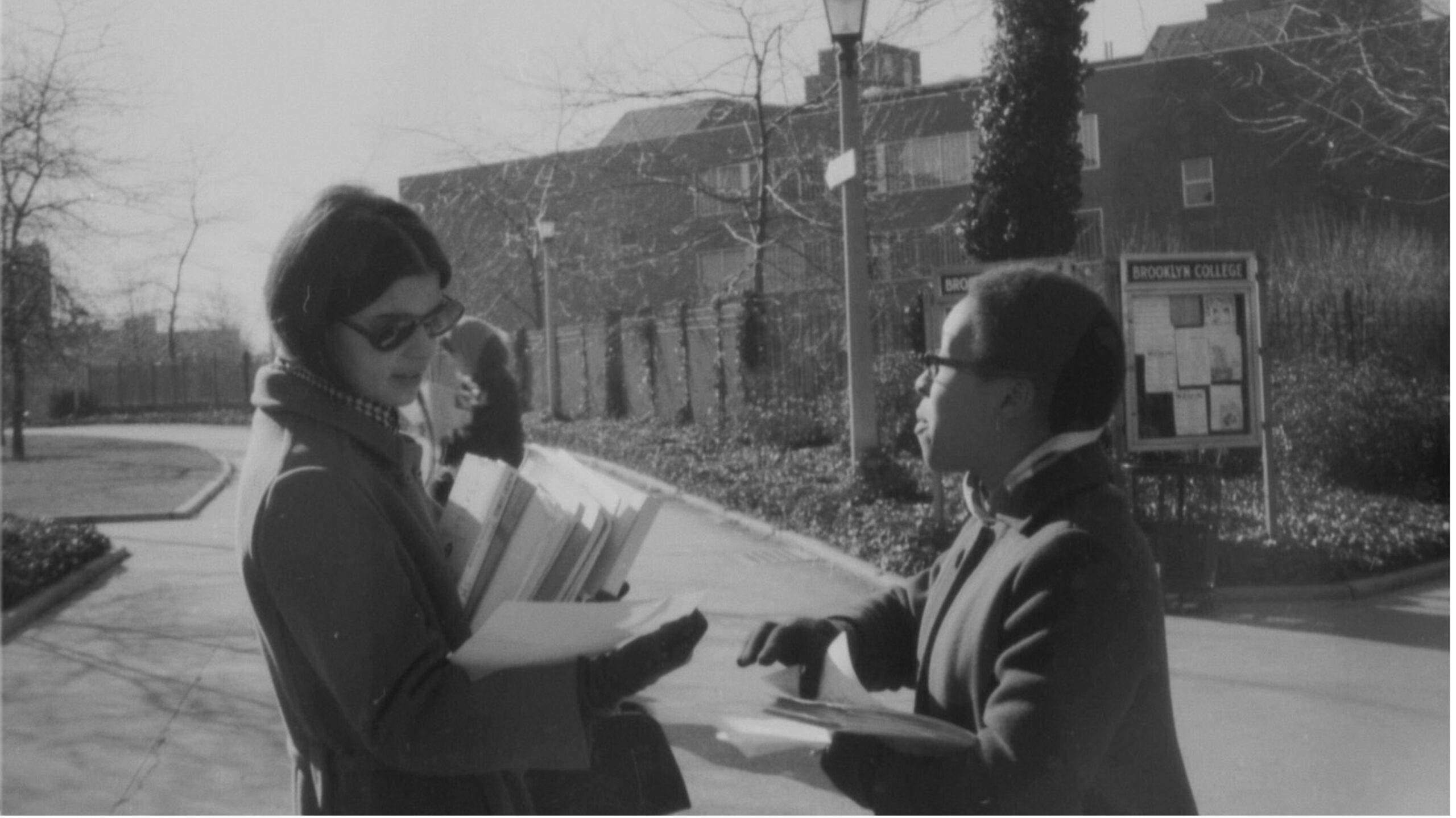 Dale Byam is a professor in the Department of Africana Studies at Brooklyn College. Her research focuses on the retentions of African performance in the African diaspora and Theater for Development initiatives in communities of the African Diaspora. Her research ranges from Culture and Development projects in southern Africa to the retention of African art forms in the West that includes Caribbean and Brazilian popular performances with special attention to the Maracatu of Northern/North Eastern Brazil.

Built with WordPress | Protected by Akismet | Powered by CUNY