Transformative Learning in the Humanities is a three-year initiative supported by the Mellon Foundation. The grant supports public talks, symposia, and workshops as well as a series of intensive peer-to-peer faculty seminars for CUNY faculty at all ranks (including adjuncts) in the humanities, arts, and interpretive social sciences. The program focuses on equitable, creative, student-centered pedagogical research and methods designed for the rich diversity of CUNY students; greater recognition for the importance of teaching; and the role of an urgent and indispensable humanities for the future of CUNY students and a more just and equitable society. 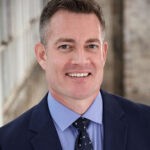 Matt Brim is Professor of Queer Studies in the English department at the College of Staten Island and a faculty member in the Women’s and Gender Studies program at the Graduate Center. He teaches courses in LGBTQ literature and feminist studies, with a focus on grounded queer/class/race ideas. He is Academic Director of the Faculty Fellowship Publication Program, a university-wide initiative that advances CUNY’s institutional goal of supporting a diverse professoriate. His most recent book, Poor Queer Studies: Confronting Elitism in the University (Duke UP), won the 2021 Ryan and Sackrey book award from the Working-Class Studies Association. He is also author of James Baldwin and the Queer Imagination (University of Michigan Press, 2014) and the open access study guide for the documentary film United in Anger: A History of ACT UP. His co-edited collections include Imagining Queer Methods (NYU Press, 2019) and the forthcoming volumes Queer Sharing in the Marketized University (Routledge, 2022) and Queer Precarities in and out of Higher Education (Zed Books, 2022). He is a former general editor of WSQ: Women’s Studies Quarterly. 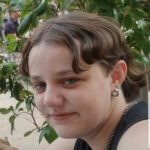 Yuma is a poet from Beloit, Wisconsin. They studied Written Arts at Bard College before moving to Berlin, where they worked as a freelance translator and editor, and for literature events as a curator and project assistant. They are currently pursuing an MFA in poetry at CUNY-Brooklyn College. 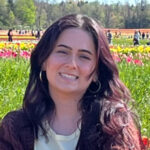 Isabela Cordero is a MFA Creative Writing student at City College of New York. She has a BA in Literary Studies and a Minor in History from Eugene Lang, The New School. She’s a published writer, content management consultant and is working on a sports romance novel. 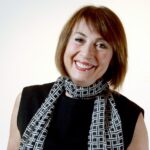 Cathy N. Davidson, Ph.D.
Distinguished Professor of English and Founder and Co-Director of the Futures Initiative at the Graduate Center, CUNY

Cathy N. Davidson is Distinguished Professor of English and in the MA in Digital Humanities and MS in Data Analysis and Visualization at the Graduate Center, CUNY. She is Founding Director of the Futures Initiative, a program dedicated to advancing equity and innovation in higher education. She is also the R. F. DeVarney Professor Emerita of Interdisciplinary Studies at Duke University where she served as Duke’s (and the nation’s) first Vice Provost for Interdisciplinary Studies. Davidson cofounded and codirects HASTAC (“Haystack”), Humanities, Arts, Science and Technology Alliance and Collaboratory, the world’s first and oldest academic social network (2002-present), with nearly 18,000 members. She has published over twenty books, including, most recently,  the  “How We Know” Trilogy:  Now You See It:  How the Brain Science of Attention Will Transform the Way We Live, Work and Learn (Viking Penguin, 2011); The New Education:  How To Revolutionize the University to Prepare Students for a World in Flux (Basic Books, 2017; paperback, 2022); and, coauthored with Christina Katopodis, The New College Classroom (Harvard University Press, August 2022).  Davidson was appointed by President Obama to the National Council on the Humanities (2011-17) and served as the first educator on the Board of Directors of Mozilla (2012-18). She is the recipient of the 2016 Ernest L. Boyer Award for Significant Contributions to Higher Education and her recent book, The New Education: Revolutionizing the University for a World in Flux (Basic Books, 2017) has been honored with the 2019 Frederick W. Ness Book Award from the Association of American Colleges and Universities.  In 2019 and 2021, she keynoted the Nobel Prize Committee Forum on the Future of Learning. 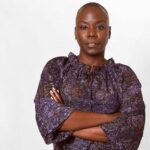 Shelly Eversley is Interim Chair of Black and Latinx Studies at Baruch College. She teaches literature, feminism, and African American cultural studies in the English Department and in the Black and Latino Studies Department. She has recently served as Academic Director of the City University of New York’s Faculty Fellowship Publication Program and is Founder of equalityarchive.com, an open educational resource on gender equality.  She is the author of The “Real” Negro:  The Question of Authenticity in Twentieth Century African American Literature (Routledge, 2004) as well as several scholarly essays on literature, race, and culture. She is editor of The Sexual Body and The 1970s, both special issues of WSQ, a journal by the Feminist Press. She is also editor of the book Black Art, Politics, and Aesthetics in 1960s African American Literature and Culture (forthcoming, Cambridge 2021), and is completing new book titled “The Practice of Blackness: Cold War Surveillance, Censorship, and African American Literary Survival.”  She has won fellowships and grants from the National Endowment for the Humanities, Kluge, and Mellon Foundations. 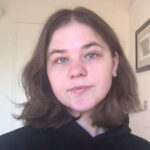 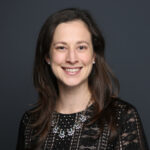 Christina Katopodis received her Ph.D. in English from the Graduate Center, CUNY, and has taught as an Adjunct Professor at Hunter College, CUNY. She is a scholar of environmental studies, sound studies, and American literature. She has written articles published in ESQ: A Journal of Nineteenth-Century American Literature and Culture, ISLE: Interdisciplinary Studies in Literature and Environment, and Profession. Katopodis is the co-author with Cathy N. Davidson of the forthcoming book, The New College Classroom (forthcoming from Harvard University Press in August 2022). In 2019, she was awarded the Diana Colbert Innovative Teaching Prize, which honors excellence and ingenuity in course design, for her early American Literature survey course in which students co-created the syllabus. In 2018, her sound recording project, The Walden Soundscape, won the New Media Lab’s Dewey Digital Teaching Award and Digital Dissertation Award. She manages the “Progressive Pedagogy Group” on HASTAC.org, which features a live crowd-sourced bibliography of readings about critical pedagogy, and the “Teaching Climate Change in the Humanities” website. Her work has been supported by the Ralph Waldo Emerson Society and the National Science Foundation, and numerous grants from the Graduate Center, CUNY. 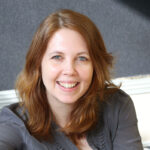 Jessica Murray, Ph.D.
Director of Digital Communications for Transformative Learning in the Humanities

Jessica Murray received her Ph.D. in Developmental Psychology at The Graduate Center, CUNY in 2020. Her dissertation, Self-Determination in Transportation: the Route to Social Inclusion for People with Disabilities explores the role of basic psychological needs in transportation environments. Murray earned a BFA in Design from the University of Texas at Austin in 2003 and worked as a graphic designer in a variety of media in Dallas, TX, and in New York City, her home since 2008. She managed a small creative team at an online marketing company in New York, simultaneously discovering interests in interpersonal work relationships and the intersection of work and personal life, with a special interest in commuting and transportation. While completing her MA in Liberal Studies, on the Psychology of Work and Family track in 2014 at The Graduate Center, her interests changed to reflect her growing awareness of obstacles that impact independent mobility for people with disabilities. Her Master’s thesis was titled Work-Life Experiences for People with Mobility Disabilities Living in New York City, which examined structural and environmental issues affecting the daily lives of wheelchair users. 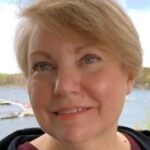 Dr. Annemarie Nicols-Grinenko has been the University Associate Dean for Faculty Affairs in the Office of Academic Affairs at the City University of New York (CUNY) since July 2015.  In this position, she works collaboratively with colleagues across the university to enhance faculty development, recognize faculty excellence in teaching, scholarship and service, cultivate academic leadership and provide support on issues related to faculty recruitment and retention.  Currently, Dr. Nicols-Grinenko also serves as Administrative Director of CUNY’s Mellon-funded Transformative Learning in the Humanities program and Co-Director of The CUNY Leadership Institute for Urban-Serving Institutions, which is also funded by the Andrew W. Mellon Foundation.  Prior to her position at CUNY, Dr. Nicols-Grinenko spent eight years as Senior Advisor for Faculty Affairs in the Office of the Provost at Hunter College where she led faculty development efforts, supervised faculty tenure, promotion and reappointment processes and served as Co-Principal Investigator on the National Science Foundation (NSF) grant that launched Hunter’s Undergraduate Research Initiative.  From 2002 to 2011, she was Director for Programs and Research of Hunter’s NSF-funded Gender Equity Project (GEP) and Co-PI on one of the NSF grants that funded the GEP.  Dr. Nicols-Grinenko, a cognitive psychologist who received her Ph.D. from the Graduate Center of CUNY, has also taught in the Department of Psychology at Hunter and Brooklyn Colleges.  In all of her work, Dr. Nicols-Grinenko aims to advance and support CUNY faculty and students, especially those who are underrepresented in their fields. 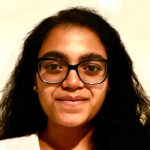 Annie Prince is simultaneously pursuing her BA and MA in Economics at Hunter College. She has previously worked in event production, prospect research and likes to work across disciplines. Areas of interest include Sustainability, Health economics, and Behavioral economics.

Built with WordPress Protected by Akismet Powered by CUNY